Skip to content
Follow the path beyond point zero!
HomeMusicClassic record of the monthMescalinum United – We Have Arrived Remixes | Classic Review 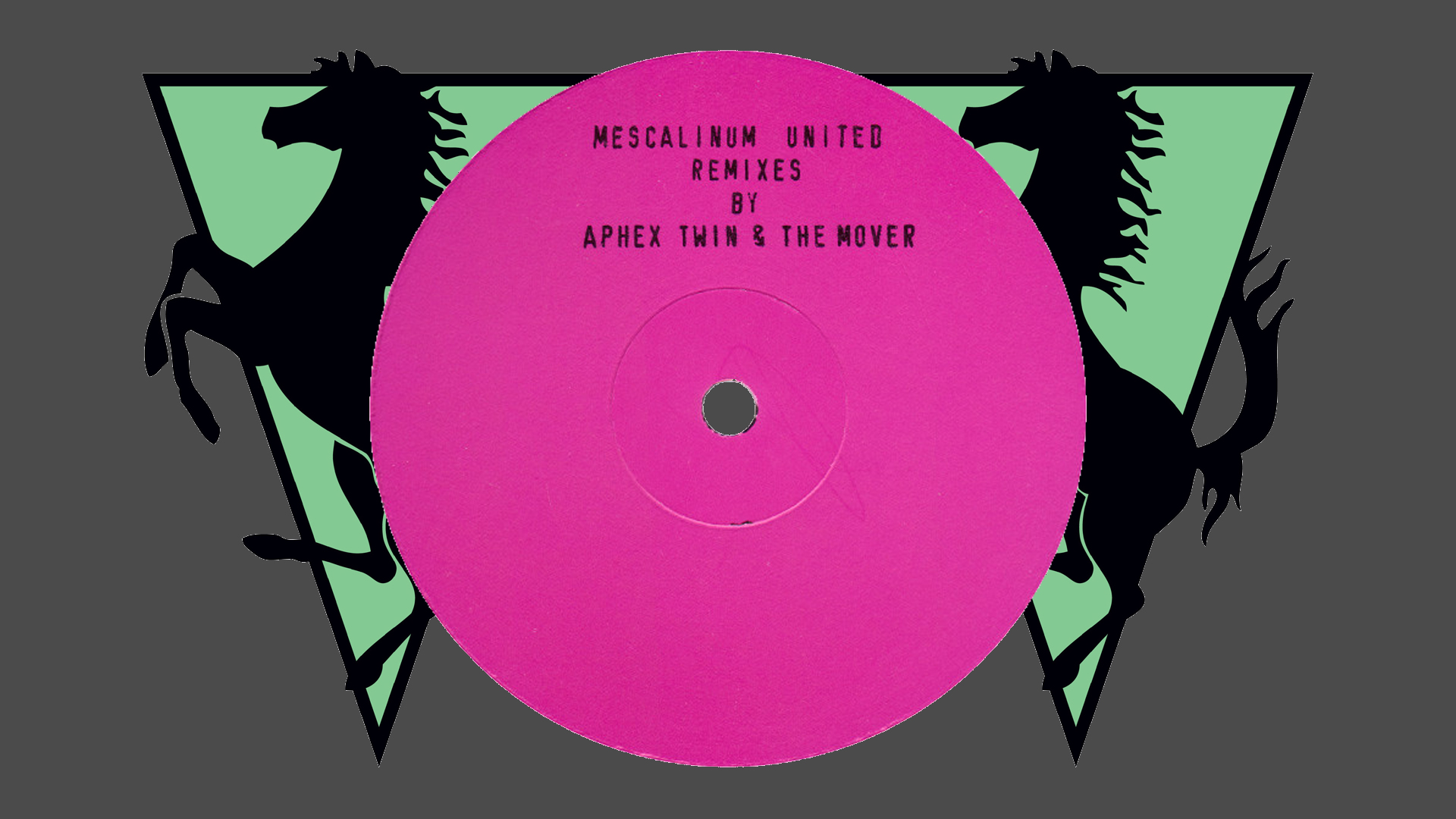 Welcome to our first and from now on monthly classic record review presented by Dark-T!

For our classic record review premiere I chose the RS 92019 – Mescalinum United – We Have Arrived Remixes EP. The original of these tracks is considered the first Hardcore Techno track ever, so everybody definitely should know it. If not, shame on you and have a listen here. Till today quite a few remixes were released on different labels but these remixes were the first ones ever. The EP, which was released on R&S Records in 1992, contains two remixes by Aphex Twin and a third one which was created by The Mover. Aphex Twin, who is considered a mastermind in the Abstract Electronica scene, already was a prodigy back then and had released his Selected Ambient Works 85-92 album, The Digeridoo and the Xylem EP’s on R&S Records previous to this. Marc Acardipane aka The Mover also already had two releases on R&S with the PCP and the Hellrazor EP under different alter egos. As Aphex Twin and Planet Core Productions had their first wave of fame around this time, it must have been the perfect opportunity for R&S to get these two together with this remix project.

But let’s get on with the review of the traxx, first up the Aphex Twin QQT Mix on the A side: the track has quite an industrial machine like approach, going straight forward, offering a short sample of the originals lead synth and proceeding like an endless hammer on anvil. The kick marches forward carrying some isolated and nerve-wrecking synth-sounds with them, keeping its monotone approach right up till the end.

The second remix on side A is the Aphex Twin TTQ Mix which takes a different and in the end quite intelligent approach but starts out with some similarities to the original. Going its way with way more light kicks, the track marches forward offering more broken beats and giving more space for soundpads based on the original synths and short but still industrial sounding deposits. Spreading insects in your brain like synthesizer stabs which are pushing the track to the final destination in a journey of a post-apocalyptic like movie soundtrack.

Finally we have the Mover Remix on the B side. The Mover kept up with the distortion level of the original but went a more linear way with its main focus on the kicks and a teeth grinding atmosphere. The sawing synth lines are more in a midtone range and not as hightone stinging as the original. The typical PCP like fat balls attitude make their way the more the track proceeds, which gives you the feel to be able to take it up with everything. Even though the original is quite a timeless track, this version can definitely be played in any current Industrial Hardcore set and sounds almost up to date. There were only two years between the creation of the original and this remix but you can definitely hear the development of Hardcore music from the time the original track was released in 1990 till the release of this track in 1992.  All remixes received a re-release in some way or another but the Mover remix is the only one that never received a reissue, so it will surely be a very demanded track.

This record turns out to be quite diverse as not all of the remixes are really dancefloor friendly, but the Mover remix is the definite crowd puller on this EP!

Vinyl lovers probably won’t find this record in their local record shop but they can purchase it on Discogs where it is still available from various marketplace sellers. The average value is around €22,- in a “Very Good Plus” state in one of the three pressed label colour versions magenta, blue and purple.