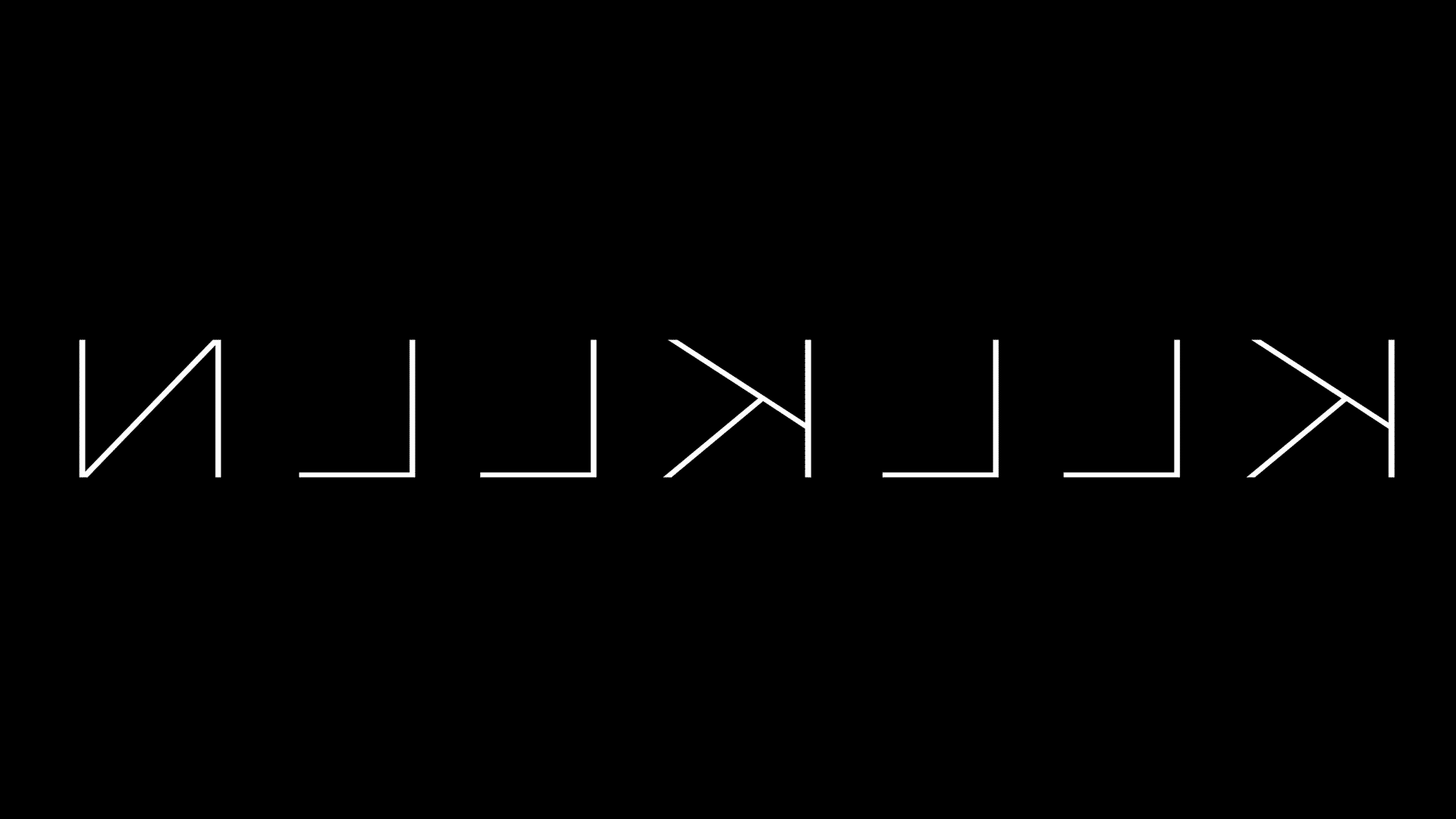 Thank you for taking the time for the Eternal Entertainment interview. With Kallkällan Recordings you and your label partner Sven enriched the scene with a lot of exciting projects and releases in the last years. We’re thrilled to learn more about your work and your visions.

But before we start, can you briefly introduce yourself to our readers?

Hi, thanks for having me! I make music as Frank Borjak and I run the label Kallkällan together with Sven Berensmann.

Thanks. Can you tell us a little more about the label and its philosophy?

Kallkällan was founded in 2014. Phuturistic, harsh and bunkeresque techno are our key words. We have had 13 releases so far, including the album ‘Wo das helle blasse Licht erstrahlt ist die Dunkelheit um so tiefer’ by Threatening Developments and the compilation ‘Zusammenkunft’ with one track each from all previously released artists who wished to participate.

We have been fortunate to work with a number of great artists, and I also want to mention Alina Hessel who is our main artwork designer.

The compilation ‘Zusammenkunft’ marked the end of our first phase and a shift in modus operandi that we hope will take us forward.

The name Kallkällan sounds quite unusual/ complicated. What on earth does it mean and how do you pronounce it properly?

Kallkällan is a place in the frozen forests of the far north. It is a source of crystal clear, cold water. To pronounce it is a challenge, swedish is a weird language. A ‘k’ for example sometimes (without rule or reason) isn’t pronounced ‘k’ but ‘sh’. So the proper pronounciation of Kallkällan would be something like ‘kallshellan’ (with short and sharp a’s). I’ll guide you through it when we meet in person sometime.

According to which criteria do you select the artists that can release on Kallkällan Recordings?

We look for music that moves us. No prestige, if we like it we release it. We work with both new talents and established artists.

How did you get the idea of the cooperation with Sven (aka Threatening Developments)? What’s the story behind that?

I got in contact with Sven in the beginning of 2014. If I remember right I sent him a message about a few tracks he had on his soundcloud that I really enjoyed. We kept in contact, found common ground and mutual understanding. Eventually we decided to launch Kallkällan as an independent outlet for our own music, and other music we enjoyed. Sven is an honest and considerate friend and I’m thankful for the coincidences that led to our joint venture.

You are also part of the group that stands behind the record label AudioVoid Recordings. Can you tell us something about that? How did it happen and what does the future has in stall for AudioVoid?

I am one of the original members of AudioVoid Recordings. Bartosz Poljancewicz (Moleculez), Sean Cooper (Dr Strange), Robert Friese (Slavefriese) and I (as X-Core) founded AudioVoid in the year 2000. Our first record release was in 2001 and our last one (from the original era) in 2007. It was an inspiring time and we have all stayed in contact over all the years.
Last year we decided to bring the label back to life. The first release of the new era was the Doominion album by Moleculez. The future is uncertain, but I hope there is more to come.

When we think of Sweden, Adam Beyer is on top of the list as THE export hit. What’s the situation like for the harder and darker sound in Sweden?

Adam Beyer was an influence to me back in the days. Swedish techno was energetic in the mid to late nineties. Artists like RND Technologies, Headroom, Slobodan, Thomas Krome, Henrik B, Cari Lekebusch, etc.

In the swedish electronic music scene today I follow the collective Drömfakulteten, with artists like Haj300, Kablam and Sissel Wincent. I also listen to Trepaneringsritualen, Varg and Patrik Skoog, to name a few.

As a collective of artists, Eternal Entertainment have given themselves the mission to (re-)gather hardcore artists and the scene in the Frankfurt area. What’s the solidarity of the scene like in Sweden, if there is any? What do you think where the scene stands today and where it is heading to in the future?

I am thrilled to see your effort to gather the artists of the Frankfurt scene. I was, and am, very influenced by music from, and related to, Frankfurt. Planet Core Productions and Mental Fear Productions being the main examples.

I am unfortunately out of touch with the Swedish scene for harder, darker electronic music nowadays but I know there are clubs and events in, and near, the major cities Gothenburg, Stockholm and Malmø. I fully support the Elektro Illegal movement in Gothenburg, they organize great parties for a good cause.

How did you get into phuturistic, harsh and bunkeresque techno (as you are describing it) in particular?

‘Phuturistic, harsh and bunkeresque techno’ was written by Sven in 2014 as a definition of what we aim to release on Kallkällan. Techno has always been a part of my musical sphere, from early nineties to present. After I did my last doomcore (which to me also is techno, or a derivate thereof) releases I was searching for a new path and this definition, along with Sven’s knowledge of the darkest depths of electronic music, came to be a great guidance.

Do you think that one has to have certain “dark” mindset to be able to fully appreciate your sound?

I was blessed with melancholy (vemod, in swedish) which I think reflects in the music I make and the music we release on Kallkällan. I don’t think you have to have a certain mindset to fully appreciate my sound but I always aim to make the person listening feel something. I almost always have a place I’ve been, an emotional state I’ve been in or an experience I’ve had in mind when I make music.

When did you start producing and what or who do you regard as your early passions and influences? Who is your biggest inspiration? Who do you have a lot of respect for?

I started making music in 1996 together with a friend of mine, Matthias Olofsson (Lord Lloigor). A few of my early influences were Marc Acardipane, Miro Pajic, Lord Nord, Lasse Steen, Black Blood, RND Technologies, The Horrorist, Laurent Hô, Titanium Steel, Mouse, No Name – just to name a few. I was also (and still am) inspired by music from many other genres of music like electronic music of various sorts, hip hop, punk rock, metal, black metal, folk music, pop, etc.

What drives you to make music?

Music is an emotional outlet for me that I have used since my youth to express myself. With Frank Borjak I wanted to find a new path. To evolve and refine the doom and gloom sound of X-Core.

Speaking about Frank Borjak. Let’s talk about your album „Heim“, that will soon be released on Kallkällan under this alias. If you spoke to someone about the album who hasn’t listened to it before – how would you describe the music and the atmosphere it creates? What’s the concept of the album? Which track represents the album best?

A friend of mine described the sound of the album as hazy, uneasy, phuture techno. Each track on the album is interconnected to a place and/or an emotional state and/or an experience. I hope the listener can feel the melancholy, anticipation, anxiety, solidarity, despair, love and the influence from both modern industrialized
society and the forests, lakes, fjelds and fjords.

The album has remixes from ten different artists that I feel were very fortunate to have worked with. Arrhythmia, Threatening Developments, Dep Affect, Sentimental Rave, Moondog, Merimell, CMD, Huck Farper, Omnicide and Luddite. They have all added greatly to the album.

I think I’ve had the most positive feedback on Rakka, so if I were to choose one track to represent the album that would be it.

Now to a round of some brief questions:

What single night out has been the most memorable for you? As a DJ? As an attendee?

As a DJ I was playing a set of my own music as Audio Revolt in the industrial venue Röda Sten in Gothenburg some 10 years ago. Everything was perfect that night and I’ve never felt such a good connection to the crowd.

As an attendee when we booked Mark N to play at a venue called Underjorden in Gamlestan, Gothenburg. It was an absolute honour to get to hang out with Mark and see him DJ.

After-Hour Routine – The day after: How do you chill?

If you could eternally be stuck in one year’s music scene, which year would it be?

2005 was a great year for me musically. That year I started a club called Shocks in Gothenburg together with friends of mine and for almost 5 years to come we booked some great techno, industrial, rhythmic noise, doomcore, hardcore and gabber artists. I really enjoyed this period of time and got to hang out with many of my favourite artists and see them play. I’d like to mention Björn Ek Wahlqvist (Dj Icepick) who apart from being the main organiser of our club also is a close friend and a respected DJ and influence to me since 1997.

How do you prepare for a gig?

I don’t play out anymore, but back when I did I used to just choose a number of records and/or tracks, do a few trials at home and then take it from there. Nothing fancy.

What is your favourite non dance music song?

A question impossible to answer! 😉 But I will choose something from my current music playlist. ‘777 (Devotion Pt. 2)’ by Pale Honey.

Rave Arena or small venue? What do you prefer?

Small venue, always. I like to be able to feel the connection between the artist/s and the crowd.

If you were filling a time capsule that would be opened in a 1000 years, what would you leave behind for future generations?

The way we (humans) treat earth and eachother, I don’t think we exist even a 100 years from now.

If we invited you to perform at an event organised by Eternal Entertainment, who you like to be on the line-up with?

I hope you don’t mind but it ended up a top 15, in no particular order.

What do you do apart from making music?

I am a husband and a father. I rarely leave the island I live on, but if I do I enjoy hiking in remote untamed nature, preferably in Norway or the northwest of Sweden.

Now, last but not least: What are your plans for the future?

After my album is released I will work on a project that is in the planning stages. I can’t really say much about it since it’s yet to take form. Apart from that we have two EP’s and an album to be announced on Kallkällan.

Thank you very much for your time and your effort. We hope to see you soon in person.